Josy is interested in satire and parody in poetry, film, and television. 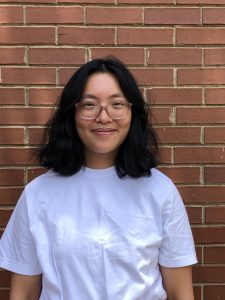 I am interested in studying the lyric poem in the 19th and 20th centuries.

Ryan Carroll is a PhD student in the Department of English and Comparative Literature. He is interested in mediation and media technologies in Victorian and transatlantic literature, particularly in the way that 19th-century writers theorized and performed the concept of mediation through the act of mediation. His interests also include literary theory and form, hermeneutic phenomenology, studies of empire, and religion. 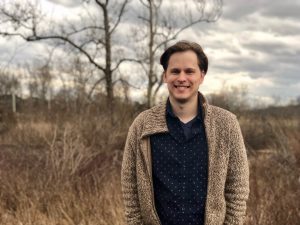 Broadly interested in posthumanism, ecocriticism, and affect theory, John’s research explores how nonhuman agents have shaped the literature and film of America’s long twentieth century. At the same time, he studies the productive tension between posthumanism’s push to consider nonhuman lives and the ongoing work of critical race, gender, and disability scholars, who advocate for the human lives ignored by systems of power.

Mindy Buchanan-King is pursuing her Ph.D. in English Literature at UNC Chapel Hill and is a teaching fellow. Mindy is originally from Virginia and received her B.A. from Emory & Henry College and her M.A. from the College of Charleston. Her master’s thesis focused on Edith Wharton’s use of Romanticism in conceptualizing the artistic self in Hudson River Bracketed. Her graduate research is currently focused on questions of photography and medicine in late 19th-/early 20th-century U.S. literature, artistic conceptualizations and the history of “disfigurement,” and representations and interpretations of World War I les gueules cassées (“men with broken faces”) in wartime medical photography, illustrations, and narratives. She is pursuing the graduate certificate in Literature, Medicine, and Culture.

Mindy is a contributing editor for Iris: The Art and Literary Journal at UNC, is a co-coordinator of the Furst Forum, and is the recipient of a Latina/o Studies Teaching Award. She also volunteers as a transcriber on the original manuscript of Edith Wharton’s Hudson River Bracketed, for The Complete Works of Edith Wharton to be published by Oxford University Press. 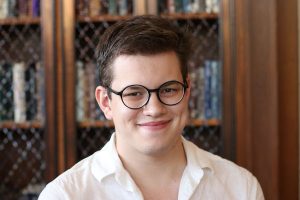 Bailey Fernandez is a literary critic and scholar primarily working within the British Romantic period, though he is interested in contemporary literature as well. His thematic interests consist primarily in aesthetics, the philosophy of language, and the formal interchanges between literature, art, and music.

In addition to his scholarship, he also engages in editorial work.  He is a project assistant at The William Blake Archive and an associate editor at the Carolina Quarterly. In his spare time, he writes music and poetry. 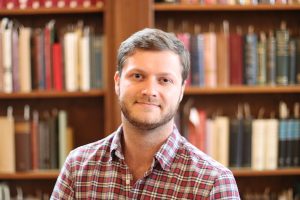 Jared Powell is a second-year PhD student and Graduate Teaching Fellow in the Department of English & Comparative Literature. His interests include British Romanticism, visual culture and arts, narrative and adaptation theory, and digital humanities. He is also a Project Assistant for the William Blake Archive.

I like to read and write about transatlantic literature of the long nineteenth century and modernism. 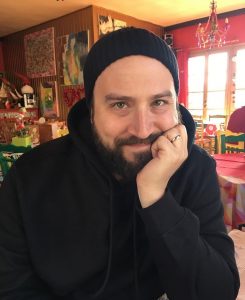 Colin Dekeersgieter is a poet and Ph.D. candidate in English and Comparative Literature invested in modern poetry, poetics, and (neuro)aesthetics. His work has appeared or is forthcoming in the North American Review, Green Mountains Review, The Worcester Review, and elsewhere.