Since 1947, Carolina has been home to some of the most innovative writing in the South and in the nation, both from its faculty and its students. This year, we celebrate 75 years of creative writing at Carolina with a bounty of readings and performances for lovers of literature.

Chapel Hill has always been a magnet for writers. Some students come with the goal of becoming novelists or short story writers or poets or dramatists; others discover their vocations while undergraduates. The University has long had a vigorous writing tradition, beginning when “Proff” Koch, Paul Green, and Samuel Selden were working with Thomas Wolfe, Kay Kyser, Betty Smith, Frances Gray Patton, and Howard Richardson in the early twentieth century. Beginning in 1947 and continuing for almost two decades, Jessie Rehder served as a one-woman program and published several books of her students’ work; upon her death in 1966, Max Steele became director of Creative Writing the program expanded to include such legendary writers as Doris Betts and Daphne Athas. In the years since, Carolina’s Creative Writing program has been home to luminaries like Randall Kenan, Lee Smith, Sarah Dessen, Carolyn Kizer, Algonquin Books founder Louis D. Rubin, Alan Shapiro, Pam Durban, Michael Chitwood, and Marianne Gingher. Hundreds of alumni have gone on to write books, films, albums, plays, and television shows, pursue graduate study in creative writing, and publish stories, poems, and essays in the world’s best journals, magazines, and newspapers.

Join us as we celebrate 75 years of creative writing at Carolina.

All events are free and open to the public. 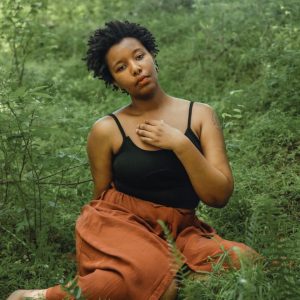 Destiny Hemphill is a ritual worker and poet based in Durham, NC. A recipient of fellowships from Naropa University’s Summer Writing Program, Callaloo, Tin House, and Kenyon’s Writers Workshop, she is the author of the poetry collection Oracle: a Cosmology (Honeysuckle Press, 2018). Her work can be found in Poetry Magazine, Winter Tangerine, Scalawag, Frontier Poetry, and elsewhere. 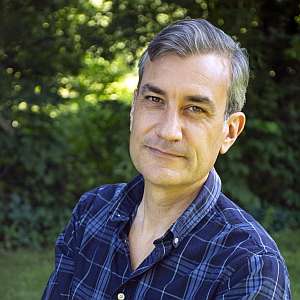 Matt Donovan is the author most recently of The Dug-Up Gun Museum (BOA Editions, 2022) and the collection of lyric essays, A Cloud of Unusual Size and Shape: Meditations on Ruin and Redemption (Trinity University Press, 2016). He is the recipient of a Whiting Award, a Rome Prize in Literature, a Creative Capital Grant, and an NEA Fellowship in Literature. In addition to his poetry and nonfiction, Donovan frequently collaborates with his wife, the artist Ligia Bouton. Collaborative work includes Inheritance, a chamber opera about America’s gun violence that’s based on the life of Sarah Winchester, and the forthcoming Missing Department, a visual art and poetry erasure project that responds to missing person ads published in early 20th century pulp western magazines. Donovan lives in Massachusetts and serves as the Director of The Boutelle-Day Poetry Center at Smith College. 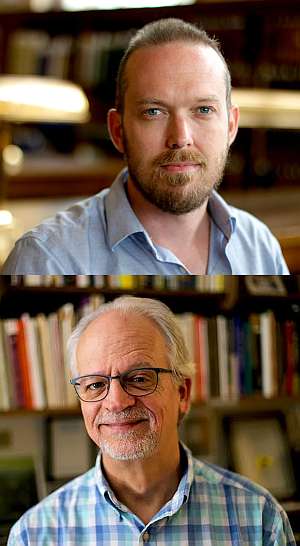 Michael Keenan Gutierrez is the author of The Swill (Leapfrog) and The Trench Angel (Leapfrog) and earned degrees from UCLA, the University of Massachusetts, and the University of New Hampshire. His short work has been published in Cobalt, 805 + Art, The Delmarva Review, The Collagist, Scarab, The Pisgah Review, Untoward, The Boiler, and Crossborder. His screenplay, The Granite State, was a finalist at the Austin Film Festival and he has received fellowships from The University of Houston and the New York Public Library. Originally from Los Angeles, he has been teaching at the University of North Carolina since 2012.

A native of Asheville, Michael McFee (class of ’76) has taught in the Creative Writing Program at UNC-Chapel Hill since 1990. He is the author of twelve books of poetry—most recently A Long Time to Be Gone (Carnegie Mellon Press)—and two collections of essays, Appointed Rounds: Essays (Mercer University Press) and The Napkin Manuscripts: Selected Essays and an Interview (University of Tennessee Press). He has received the James Still Award for Writing about the Appalachian South, from the Fellowship of Southern Writers, and the Thomas Wolfe Memorial Literary Award from the Western North Carolina Historical Association. 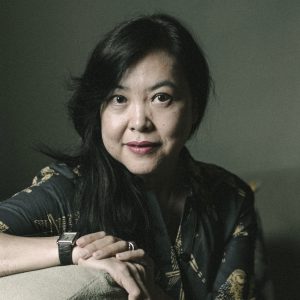 co-sponsored by the Asian American Center

Monique Truong is the Vietnamese American author of the bestselling, award-winning novels The Book of Salt, Bitter in the Mouth, and The Sweetest Fruits and the co-author of the forthcoming children’s picture book Mai’s Áo Dài. She’s also a former refugee, essayist, avid eater, lyricist/librettist, and intellectual property attorney (more or less in this order). A Guggenheim Fellow, U.S.-Japan Creative Artists Fellow in Tokyo, Princeton University’s Hodder Fellow, Visiting Writer at the Helsinki Collegium for Advanced Studies, and Sidney Harman Writer-in-Residence at Baruch College, Truong received the John Dos Passos Prize for Literature in 2021. 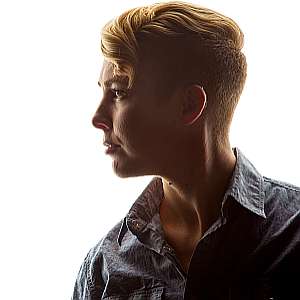 Meg Day is the author of Last Psalm at Sea Level (Barrow Street, 2014), winner of the Barrow Street Press Poetry Prize and The Publishing Triangle’s 2015 Audre Lorde Award, and a finalist for the 2016 Kate Tufts Discovery Award. Day is the author of two chapbooks: When All You Have Is a Hammer (winner of the 2012 Gertrude Press Chapbook Contest), and We Can’t Read This (winner of the 2013 Gazing Grain Chapbook Contest). In 2019, Day published an Unsung Masters volume, Laura Hershey: On the Life & Work of an American Master (Pleiades, 2019), with co-editor Niki Herd. Day’s poems appear or are forthcoming in Best American Poetry 2020, The New York Times, POETRY Magazine, Prairie Schooner, AGNI, Beloit Poetry Journal, Drunken Boat, and Vinyl, among other journals, and in recent anthologies, including Best New Poets, Wingbeats II: Exercises & Practice in Poetry, We Will Be Shelter: Poems for Survival edited by Andrea Gibson, and Troubling the Line: Trans & Genderqueer Poetry & Poetics. 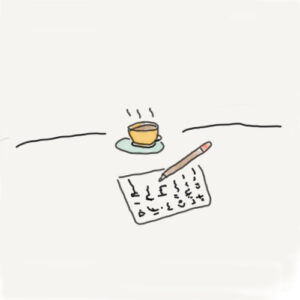 Students from the senior honors thesis seminars read their work. 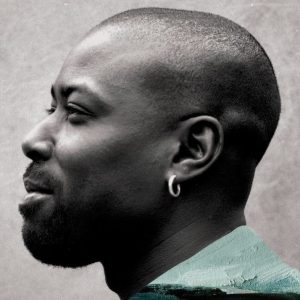 Sunday, September 11, 2022: Black Folk Could Fly, a celebration of the life and work of Randall Kenan

Our beloved colleague and friend Randall Kenan was one of the most influential writers in America. Hailing from a small town in Duplin County, Randall came to Carolina to find his voice as a writer. And find it, he did—Randall’s clear-eyed vision of the South set the tone for a generation of writers. This September, we’ll honor that voice by celebrating the release of Black Folk Could Fly, a collection of his extraordinary essays. Touching on subjects ranging from the women who raised him to James Baldwin to the lowlands of eastern North Carolina, these essays reveal the tenderness and heart behind Randall’s powerful intellect. We hope you will join us as we remember the life and work of a writer whose legacy will shape American letters for decades to come. 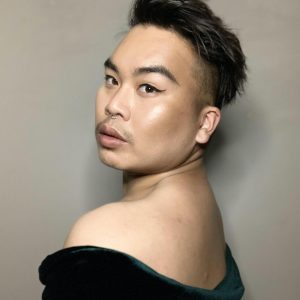 Paul Tran is the author of the debut poetry collection, All the Flowers Kneeling, from Penguin in the US and the UK. They are a Visiting Faculty in Poetry at Pacific University MFA in Writing and a Wallace Stegner Fellow in Poetry at Stanford University. A recipient of the Ruth Lilly & Dorothy Sargent Rosenberg Fellowship from the Poetry Foundation and a Discovery/Boston Review Poetry Prize, their work appears in The New Yorker, The Nation, Best American Poetry, and elsewhere. 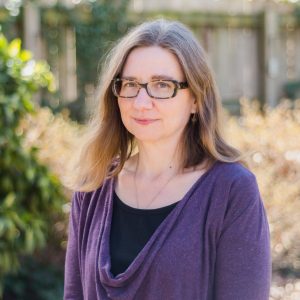 Julia Ridley Smith’s first book, The Sum of Trifles, is a memoir published by the University of Georgia Press (2021) as a title in their Crux literary nonfiction series. Julia’s short stories and essays have appeared in the Alaska Quarterly Review, American Literary Review, Arts and Letters, the Carolina Quarterly, Chelsea, Ecotone, Electric Literature, the Greensboro Review, the New England Review, Southern Cultures, and The Southern Review, among other places. Her book and art reviews have been published in Art Papers, Our State, the Raleigh News and Observer, and elsewhere. 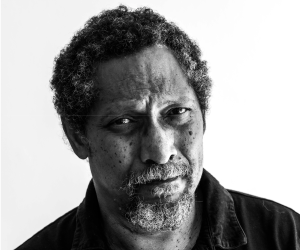 Highly praised for his storytelling and ability to address the toughest issues of our time with humor, grace, and originality, Percival Everett is the author of more than thirty novels and story collections, including Dr. NO (2022);  The Trees (2021), which won the 2022 Ainisfield-Wolf Book Award for fiction and was longlisted for the 2022 Booker Prize; Telephone (2020), which was a finalist for the 2021 Pulitzer Prize in fiction; So Much Blue (2017); Glyph (2014); Percival Everett by Virgil Russell (2013); I Am Not Sidney Poitier (2009); and Erasure (2001), all published by Graywolf Press. His novel Telephone has three different endings, depending on the version you read—and you can’t know ahead of time which ending you will get. 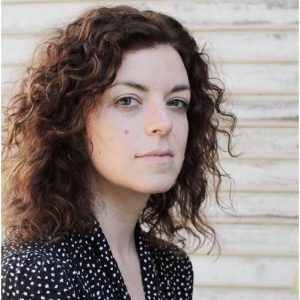 Sophie Klahr is the author of Two Open Doors in a Field (Backwaters Press, 2023) & Meet Me Here At Dawn (Yesyes Books). With Corey Zeller, she co-authored There Is Only One Ghost in the World  (Fiction Collective 2, 2023), winner of the 2022 Ronald Sukenick Innovative Fiction Contest. 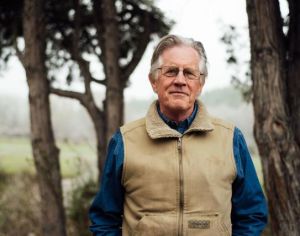 William deBuys cherishes many associations with Chapel Hill, from his undergraduate days as a Morehead Scholar to directing the North Carolina Nature Conservancy in the 1980s. He has written ten books, the most recent of which, The Trail to Kanjiroba: Rediscovering Earth in an Age of Loss, completes a trilogy that includes The Last Unicorn: A Search for One of Earth’s Rarest Creatures (listed among Christian Science Monitor’s ten best non-fiction books of 2015) and A Great Aridness: Climate Change and the Future of the American Southwest (which won the Weber/Clements Prize for best book on the Southwest in 2012). His River of Traps (with photographer Alex Harris) was a Pulitzer Prize nonfiction finalist in 1991. 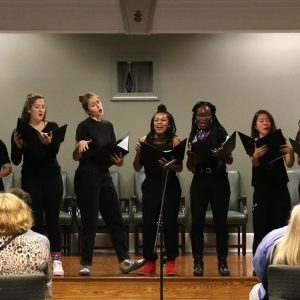