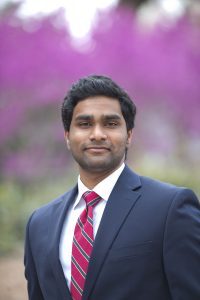 “In a world inundated with images, the power to understand and analyze what all forms of media intend is not only helpful, but essential. I began taking classes in the English & Comparative Literature department through the cinema program, initially taking Film Analysis with Dr. Gregory Flaxman, which required us to not only consider the thematic content of film, but more importantly the distinct language of the motion picture. I took courses in many departments, but the classes I found the most insightful were the courses in film. The exercise of watching movies and engaging actively with them developed my critical thinking skills and nurtured a creative perspective that encouraged free-form associations. The most significant part of my college experience was the opportunity to direct and produce a 50-min narrative film. Under the guidance of Dr. Todd Taylor and Dr. Rick Warner, the English & Comparative Literature department was the only place that gave me the freedom to pursue a Senior Honors Thesis in the form of a feature film which tested my writing, project management, and artistry. I had the honor of having the film premiere at the Varsity Theatre on Franklin Street, and now my framed movie poster hangs on the wall in Graham Memorial. Although this experience gave me the opportunity to pursue a career in filmmaking, I chose instead to pursue a legal career, where my background and skill set have proven to be not only unique but crucial. The understanding of narrative and presentation is relevant in any industry. In the legal field, the difference between a lawyer who merely makes his case and a lawyer who can craft a story for the jury is remarkable. In my experience, the jury has always sided with the latter.”