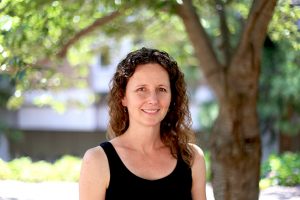 I specialize in Victorian and early Modernist British literature, as well as the literature of war from World War I to today. I am especially interested in the role of story-telling in making sense of human experience and the effects of impersonality and trauma on literary style.  My current work focuses on contemporary literature of war, the civilian-military divide, and the ways in which people are changed when their moral codes are violated.  I am also interested in the work that literature and the humanities can do outside the university and since 2014 have co-facilitated Vets For Words, a book group for military veterans administered by the North Carolina Humanities Council with support from the NEH.

Joseph M. Flora Award for Outstanding Teaching by a Lecturer in the Department of English and Comparative Literature, UNC, 2015

Joseph M. Flora Award for Outstanding Teaching by a Lecturer in the Department of English and Comparative Literature, UNC, 2013

Co-Director of “Troops To Teachers: Helping Classrooms And Communities Understand The Military Experience” a week-long seminar for military veterans in K-12 Education, funded by a grant from the National Endowment for the Humanities Dialogues on the Experience of War Program, 2019

UNC Veteran Services Challenge Coin in recognition of service to veterans on campus, awarded by the Student Veteran Assistance Coordinator and the Dean of Students Office, 2016