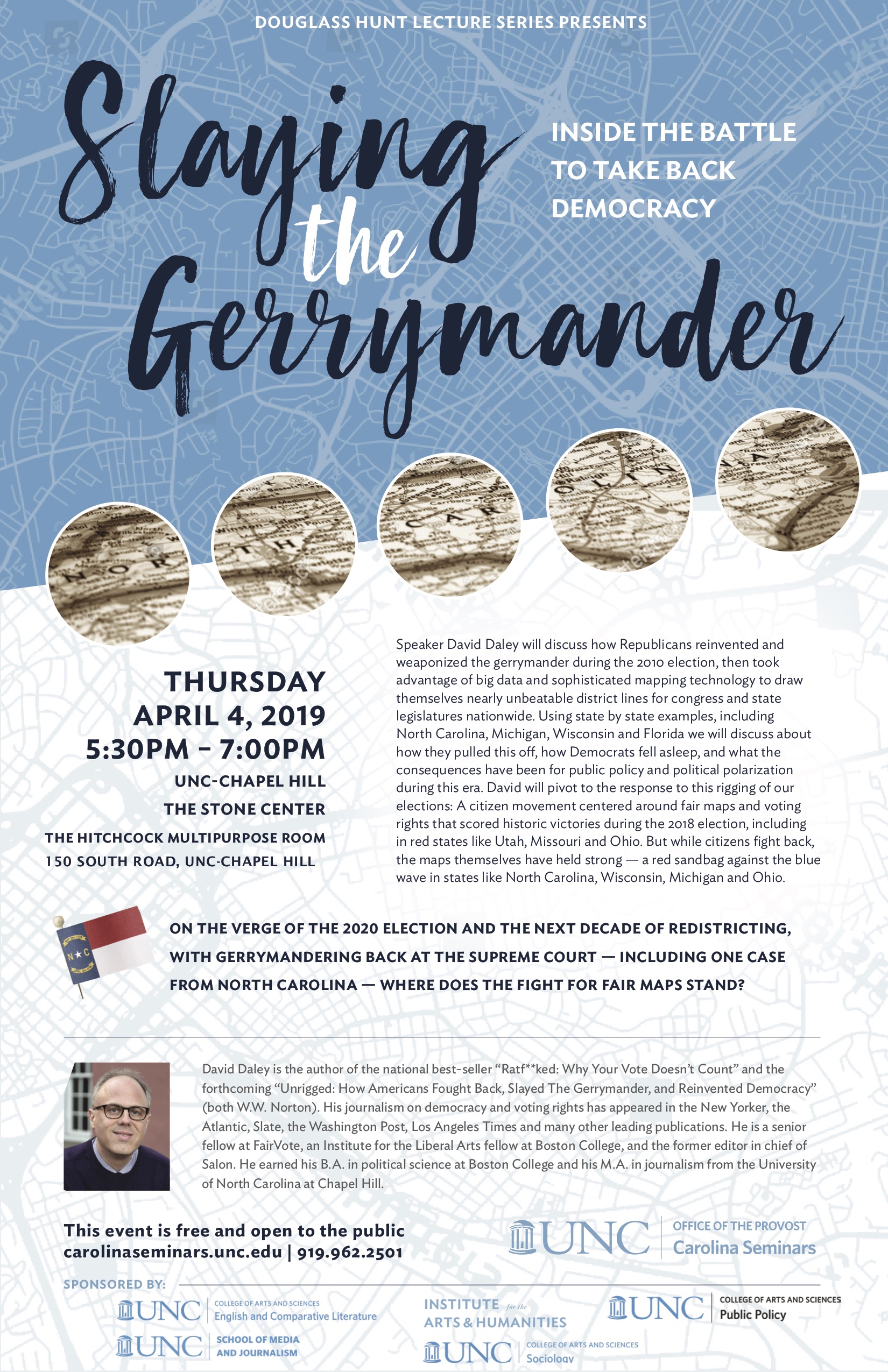 Speaker David Daley will discuss how Republicans reinvented and weaponized the gerrymander during the 2010 election, then took advantage of big data and sophisticated mapping technology to draw themselves nearly unbeatable district lines for congress and state legislatures nationwide. Using state by state examples, including
North Carolina, Michigan, Wisconsin and Florida we will discuss about how they pulled this off, how Democrats fell asleep, and what the consequences have been for public policy and political polarization during this era. David will pivot to the response to this rigging of our elections: A citizen movement centered around fair maps and voting rights that scored historic victories during the 2018 election, including in red states like Utah, Missouri and Ohio. But while citizens fight back, the maps themselves have held strong — a red sandbag against the blue wave in states like North Carolina, Wisconsin, Michigan and Ohio.