Elizabeth Spencer—celebrated author of many books, and a visiting writer in UNC’s Creative Writing Program from 1986 to 1992—died on Sunday, December 22, 2019, at her home in Chapel Hill. She was 98 years old.

Spencer published nine novels, seven short story collections, a memoir, and a play, over nearly seventy years. A native of Mississippi, she was praised by her longtime friend and fellow writer Eudora Welty for “the accuracy of her eye and ear, [her] talent, and a certain prankish gaiety of spirit.” All her days, she possessed a keen mind and piercing wit, delighting her frequent visitors with tales of graduate school at Vanderbilt in the 1940s, a Fulbright Fellowship in Rome in the 1950s, and the life she shared for decades with her husband John Rusher in Montreal, before they moved to Chapel Hill in 1986.

Spencer’s best-known piece of fiction, The Light in the Piazza (1960), became a 1962 film starring Olivia de Havilland. In 2005, composer Adam Guettel and playwright Craig Lucas transformed the same story into a musical, which won six Tony awards. She received dozens of literary prizes, including (in 2002) the third Thomas Wolfe Prize from the Department of English at UNC, which honors Carolina’s most famous literary alumni and recognizes contemporary writers with distinguished bodies of work.

With Walker Percy (UNC class of 1937), Shelby Foote (UNC class of 1939), and others, Spencer helped found the Fellowship of Southern Writers. She was a revered member of the American Academy of Arts and Letters. Next year, the nonprofit Library of America, which publishes definitive editions of such essential writers as Emily Dickinson, Walt Whitman, and William Faulkner, will add an Elizabeth Spencer volume to its series.

For more on Spencer, see her New York Times obituary or the memorial page, with tribute wall, hosted by her funeral home.

A 10 a.m. funeral service will be held on Saturday, February 1, 2020, at the Chapel of the Cross in Chapel Hill, followed by a reception in the parish hall. 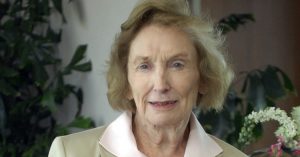