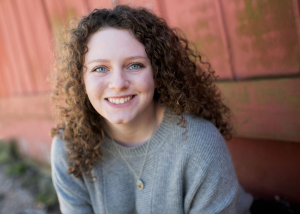 Busbice’s favorite line: “However, just because Faulkner’s rhetorical approach was effective doesn’t mean that it was necessarily in service of justice, and it’s worth noting that by sidelining these issues, he offered a distorted view of the relationship between the United States and Venezuela, as well as his own relationship with privilege and systemic injustice.” Gatlin’s favorite Lines: “If Christianity claims that humanity suffers to pay for their sins, then why must the child, whose palate has not yet been damned by the forbidden fruit, kneel on a bed of thorns before God?”  and “The Kingdom will be established on earth but instead of it being brought by Jesus’s second coming, the Kingdom will be built on the corpses of men and ruled by Caesars.” 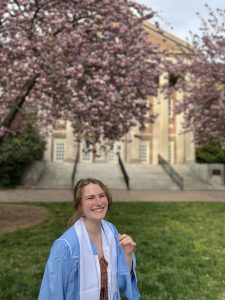 Karegeannes’s favorite line: “The South is in a flourish of horror stories, but those stories have always been in its DNA. As O’Connor wrote in her essay “The Fiction Writer & His Country,” “some may blame preoccupation with the grotesque on the fact that here we have a Southern writer and that this is just the type of imagination that Southern life fosters” (Mystery & Manners 32). O’Connor embraced the bug under the rock of the South, in all its hideous and terrifying glory. She understood that the South is the type of land that lives and breathes the monstrous, the out-of-step, and the frightening, and her contributions to the genre must be recognized and celebrated.” Shu’s favorite line: “The traditional workers of Ireland’s land, turfcutters, work “downwards” to dig up peat. The land stores the past due to a lack of decomposition in the bog, so “striking…downwards” means the “pioneers” cut into the past. Heaney writes, “inwards and downwards” because grappling with the past suggests inward reflection. In a prairie, one moves outward, looking toward the future. In the physical bog and in Heaney’s bog myth, one moves downward, looking toward the past.” Tilson’s favorite line: “Whereas the Euro-American tradition views and treats nature as a commodity to own and transform at will, the native view (taking the viability of several generations into the future into account) finds that humanity has a responsibility towards sustainability: to view the land with a mindset of gratitude and abundance, and to maintain a capacity for reciprocity with the land—a symbiotic relationship between all of Creation.” Thesis title: “Because I was meant to sing:” Dusty Springfield’s Life and Legacy as Art” dir. by Dr. Sarah Boyd

Huffine’s favorite lines: “. . . Paul Howes once said of Dusty, ‘Given a mediocre song, she would make it good. Given a great song, the end result would be magnificent . . .’” and “It was through the camp fantasy of Dusty Springfield that Mary O’Brien was allowed to access and accept the love of all of her fans . . .”

Thesis title: “The Immersive and Developmental Experience of Literature: How Scholarship Shaped C. S. Lewis and His Writings” dir. by Dr. David Baker

Thesis title: “Legitimacy of the Body Politic in The Henriad” dir. by Dr. Mary Floyd-Wilson