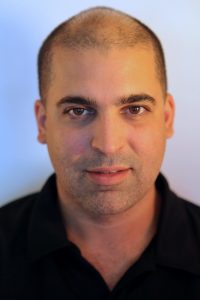 While his love for writing has been lifelong, he cultivated his talents at Princeton while workshopping a novel under the mentorship of Gabriel Garcia Marquez and Toni Morrison. He continued to develop an impressive academic resume, but his passion for storytelling, specifically exploring the horror genre and representing marginalized voices, compelled him to become a filmmaker. His queer thriller The Shadows premiered at Los Angeles’s Outfest LGBTQ Film Festival and was immediately purchased for distribution. He has edited a multitude of television shows and films including Where the Road Meets the Sun, the documentary Born and Bred as well as edited/produced the indie coming of age feature Sweet Thing, which debuted at the Seattle International Film Festival.

He is the author of Mirrors to the Unconscious: Spanish Meta-Art and Contemporary Cinema, currently under review at Bloomsbury, and his work has been published in Studies in European Cinema, Cervantes: Bulletin of the Cervantes Society of America and the Bulletin of Spanish Visual Studies. His current academic project The Fluid Gaze of Latinx Spectatorship: Transgender and Interracial Visual Pleasure in the Horror Film re-thinks the horror genre as the site of a complex intermingling of gender and racial identities for its Latinx audience. He is also currently in preproduction for the genre bending horror film Baby.