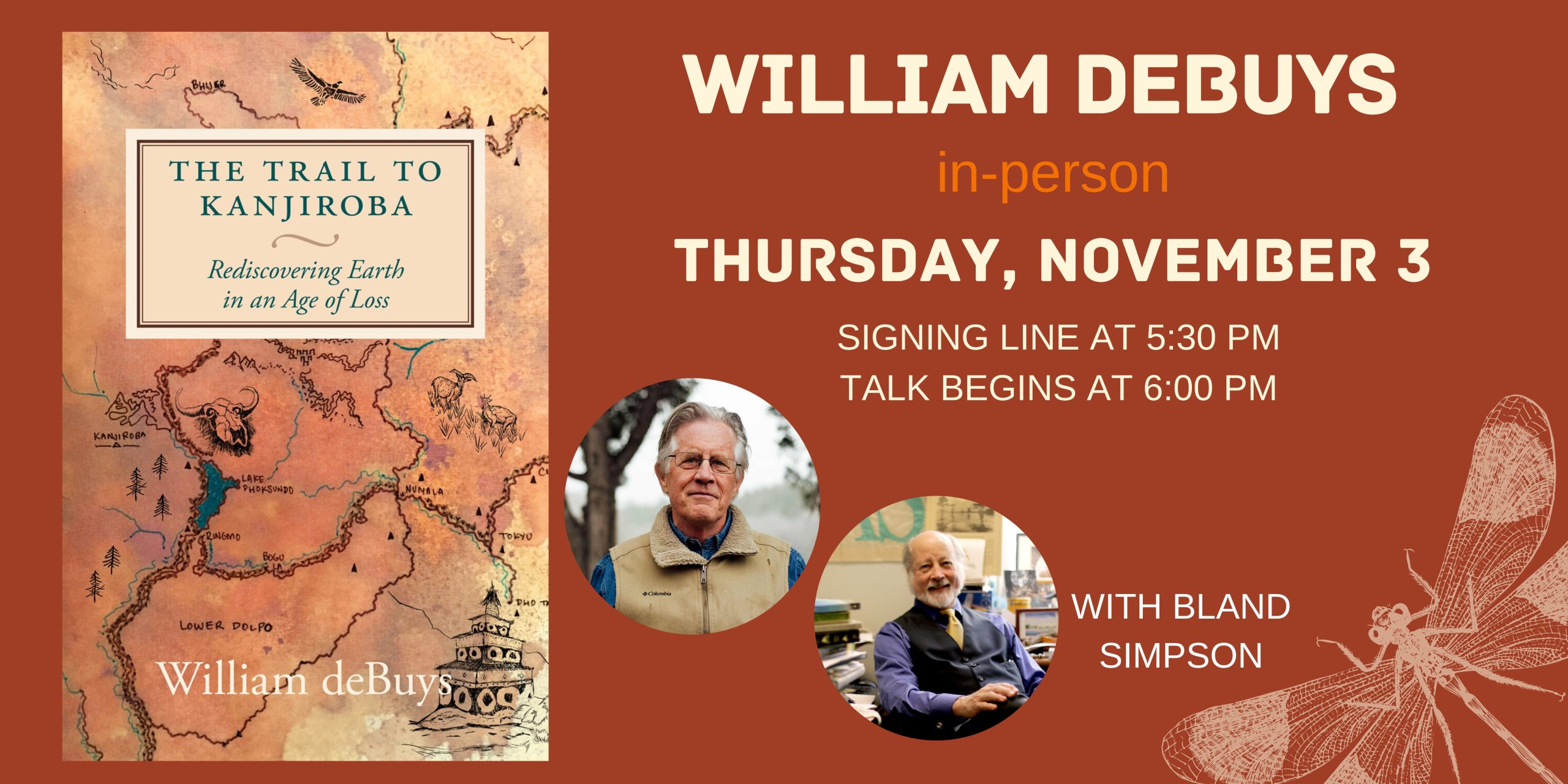 Join celebrated authors William deBuys and Bland Simpson in conversation at Flyleaf Books on November 3, in association with the University of North Carolina’s Department of English and Comparative Literature.

This event is co-sponsored by Flyleaf Books and Creative Writing at Carolina.

William deBuys cherishes many associations with Chapel Hill, from his undergraduate days as a Morehead Scholar to directing the North Carolina Nature Conservancy in the 1980s. He has written ten books, the most recent of which, The Trail to Kanjiroba: Rediscovering Earth in an Age of Loss, completes a trilogy that includes The Last Unicorn: A Search for One of Earth’s Rarest Creatures (listed among Christian Science Monitor’s ten best non-fiction books of 2015) and A Great Aridness: Climate Change and the Future of the American Southwest (which won the Weber/Clements Prize for best book on the Southwest in 2012). His River of Traps (with photographer Alex Harris) was a Pulitzer Prize nonfiction finalist in 1991. He has been a Kluge Distinguished Visiting Scholar at the Library of Congress (2018), a Guggenheim Fellow (2008-2009), and a Lyndhurst Fellow (1986-1988). He served as founding Chair of the Valles Caldera Trust (2001-2004), which managed the 89,000-acre Valles Caldera National Preserve in north-central New Mexico prior to its transfer to the National Park System. He lives and writes on the farm he has tended since 1976 in New Mexico’s Sangre de Cristo Mountains.

Bland Simpson is Kenan Distinguished Professor of English and Creative Writing at the University of North Carolina at Chapel Hill. He is also a pianist for The Red Clay Ramblers, the Tony Award-winning string band. In 2005 he received the North Carolina Award, the state’s highest civilian honor. 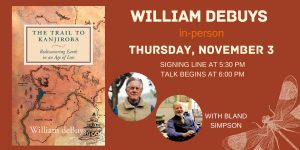