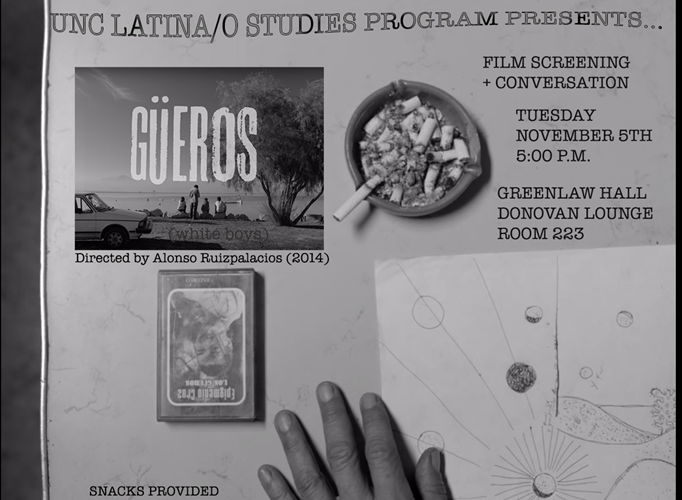 Join the Latino Studies Program for a film screening!

Shot in black and white, Alonso Ruizpalacios’s debut, Güeros (2014), follows the travels and travails of two brothers—Santos & Sombra—as they wander through the streets of Mexico City in search of a dying folk-rock hero, Epigmenio Cruz (who, according to legend, “once made Bob Dylan cry”). Set amidst the great strike of the Mexican National Autonomous University (UNAM) of 1999-2000, the film explores loss, longing, nostalgia, revolution, alienation, and the desire for meaningful connection through music and memory.

The screening will be followed by a conversation led by graduate student emilio jesús taiveaho peláez, whose research probes the shared philosophical and literary history of the Américas. Snacks will be provided. 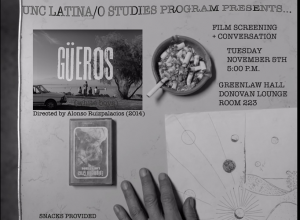