Faulkner’s War Stories: World War I and the Origins of Yoknapatawpha

William Faulkner missed the opportunity to fight in World War I, so he imagined the war in his fiction. This talk focuses on two World War I novels, Henri Barbusse’s Under Fire and R. H. Mottram’s The Spanish Farm, that influenced Faulkner’s first Yoknapatawpha novel, Flags in the Dust, and his entire career-long artistic vision. 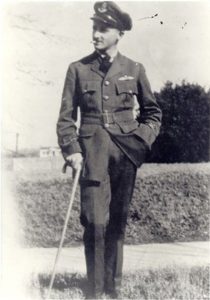 David A. Davis is Director of Fellowships and Scholarships, Associate Professor of English, and Associate Director of the Spencer B. King, Jr., Center for Southern Studies at Mercer University. He is the author of World War I and Southern Modernism, which won the Eudora Welty Prize. He has published more than thirty journal articles and book chapters. He edited a reprint of Victor Daly’s novel Not Only War: A Story of Two Great Conflicts and a reprint of John L. Spivak’s novel Hard Times on a Southern Chain Gang, and he co-edited Writing in the Kitchen: Essays on Southern Literature and Foodways with Tara Powell. He also edited a special issue of South: A Scholarly Journal, #southernsyllabus, on teaching and activism in southern studies. He is currently writing a book on sharecropping and southern literature and editing a special issue of Mississippi Quarterly<i> on William Faulkner and World War I.