Talk title: Naturalizing the Novel
Monday, February 4th, 4:00pm-5:30pm
Donovan Lounge, Greenlaw 223
Description: Between 1685 and 1710 over 60,000 refugees from France and Germany
sought settlement in England and its colonies. This wave of migration
produced some of the first legislation to grant national rights to
foreigners. This talk argues that this migration was also crucial to
the development of the novel. Alongside philosophers and legal
theorists, early novelists developed naturalizing techniques to
expand, rather than contract, conceptions of national belonging.
Together they brought into existence a radical form of national
subject creation that is distinct from contemporary categories of
assimilation and acculturation.
Bio: Dr. Stephanie DeGooyer is Associate Professor of English at Willamette University. Her research focuses on intersections between transatlantic literature, law, and political philosophy, especially with regards to citizenship and immigration. Her book, Acts of Naturalization: Immigration and the Novel is under contract at The Johns Hopkins University Press. 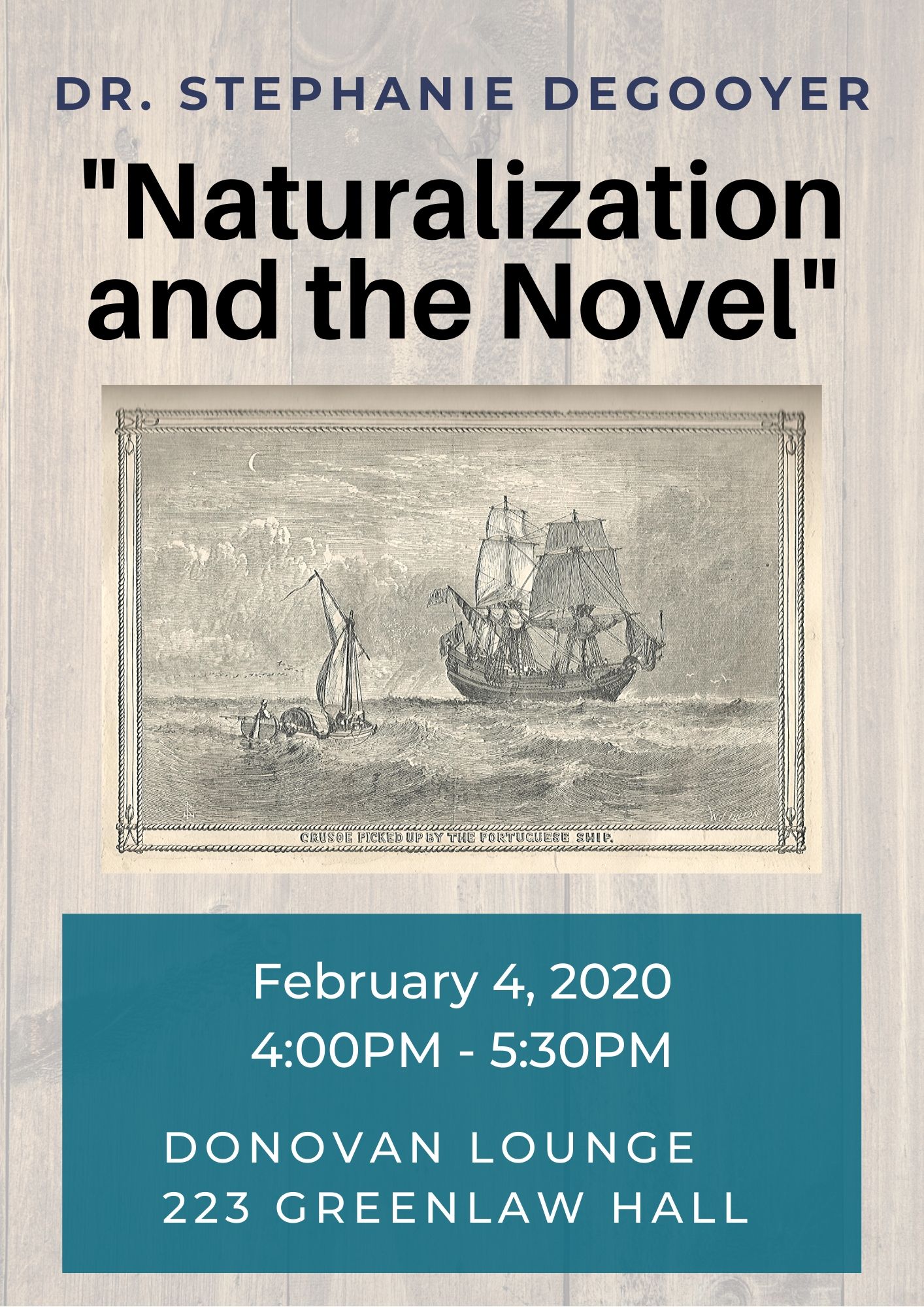