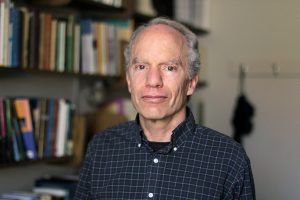 Thomas Reinert works primarily on British 18th-century literature but also teaches 19- and 20th-century British literature and recent American literature. He often writes and talks about the ways we rely on literature to make the public world seem intelligible to us.