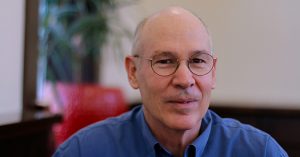 My work has been in literary and political theory, with a focus on how the intellectual traditions in the US and the UK have shaped current cultural and political attitudes, values, and debates.  I blog irregularly about what I am reading and about contemporary culture and politics at McGowanBlog (https://jzmcgowan.com) and I do a podcast with UNC English PhD alums Elizabeth Stockton and Andy Crank.  Called “The Sound and the Furious,” you can find episodes of the podcast at https://www.soundandthefuriouspod.com/