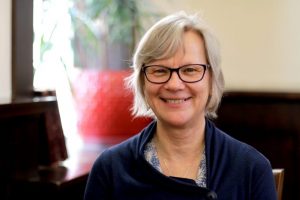 My research areas include Rhetoric and Composition, specifically rhetorical genre theory, writing curriculum design and pedagogy, as well as life-writing, especially contemporary American memoir, autobiography, and biography.  A new area of interest is the role of memoir in the medical humanities. My latest book, Contemporary American Memoirs in Action: How to Do Things with Memoir (Palgrave Macmillan 2017) explains the meteoric rise of memoir—not as a sensationalist fad—but rather as an avenue for people to participate in public life.  Memoirs accomplish political, social, and economic actions in public and on behalf of various public constituencies.  Using rhetorical genre theory, I establish the link between memoir as a genre and social action or agency. As structures, genres mediate between cultural contexts or situations and people’s efforts. Genres reflect ideological and cultural orientations of the groups and individuals who use them. Most critically, genres provide roles for speakers to occupy and so are empowering.

In rhetoric and composition, my work continues to focus on genre, especially as it relates to Writing-in-the Disciplines (WID) design and composition pedagogy. I am co-PI (with Jordynn Jack) for “The Genre Project: A Framework for Transfer across the Disciplines, 2014-2016.”  This long-term research project, sponsored by a 2013-2014 CCCC Research Initiative Grant, investigates what genres are being assigned by faculty in disciplinary courses and whether genres taught in first-year writing transfer to other courses.  My publications represent my interests in both literary and rhetorical studies, and I have  published in journals such as College Composition and Communication but also in Life Writing.

From 2009-2013, I was honored to be the Richard Grant Hiskey Distinguished Professor of Research and Undergraduate Teaching.  I was selected as an Institute for the Arts and Humanities Chapman Faculty Fellow twice (1998; 2006) and became an IAH Leadership Faculty Fellow in 2008.  I have received several teaching awards including the J. Carlyle Sitterson Freshman Teaching Award (2000; 2014) and the Distinguished Teaching Award for Post-Baccalaureate Instruction (2018).