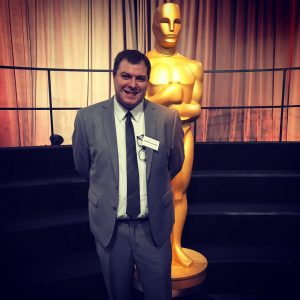 “I have people who reach out a lot and ask, especially while they’re in college, wanting advice on what they should major in, and I ultimately, at the end of the day, I think that the actual choice of major matters less than people think. And I say that in defense of English. You know. If you want to go into business or politics or film production or what have you, at the end of the day, college is teaching you how to think, and English does that extraordinarily well. So as an undergraduate, I think it’s a very natural place where, no matter where you’re looking for your career to go afterward, it’s a major that connects to that. That’s not to say you should solely do English if you want to be a doctor, but I do think it can compliment any other major beautifully. And if you’re not clear on what you want to be yet, it can be the foundation for any of them.”

“I often say that my English degree has served me so much better than I could ever imagine in the entertainment industry, not just in terms of understanding story, but being able to communicate and process knowledge and how you decipher the world… I think one of the most valuable skills I have as a producer and what I try to do often is to be a spectacularly clear communicator. And I think that that’s what I was able to focus in on with my English degree and with those classes.”