According to Wilson Special Collections, George Moses Horton “was born around 1798 in Northampton County, North Carolina. There he was enslaved by white farmer William Horton. While still a child, the Hortons moved George and his family to a farm in Chatham County in the area where Jordan Lake is now. Horton taught himself to read using primers, the Bible, and hymnals. He negotiated to rent his own time and travel to Chapel Hill, where he spent a significant amount of time and built relationships with the campus and town.  […] Not only did Horton protest slavery and frequently write about freedom, he wrote to abolitionists like William Lloyd Garrison and formally asked UNC President David Swain to purchase him away from the white Horton family in Chatham as a means to plan for his emancipation.”

In the critical introduction to the collection of Horton’s work, Richards “will contextualize Horton’s life and work in relation to important historical contexts such as enslavement in North Carolina; African American traditions of writing and social protest; oral traditions of poetry and song in the 19th century; and education and community on the UNC campus before the Civil War.”

On the project, Richards says:

“My primary goal with this project is to help Horton’s songs be loudly heard.’ At the same time that we recognize Horton’s accomplishments, though, we must not forget the unheard voices of the many enslaved people whose struggles cannot be documented in the same way because there is no written record of their words. Horton spoke of ‘the cause of illiterate genius:’ I try to keep in mind all that remains unrecorded and unheard as I support Horton’s goal, which is a shared one that benefits all (IAH).”

Read more about Richards’ experience conducting research for this book in her interview with the Institute for the Arts and Humanities. 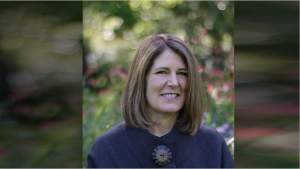