Congratulations to Prof. Jane Thrailkill on her recently awarded fellowship from the National Humanities Center! Prof. Thrailkill’s project is titled “The Agony of Empathy: A Health Humanities Intervention.”

“I’ve titled my project ‘The Agony of Empathy,’ which is meant to present a puzzle: isn’t empathy a good thing, and in fact something that — when it arises in the right context — has the capacity to relieve rather than to cause suffering?

I’ve been teaching in UNC’s medical school since about 2015, and I’ve been struck by the extent to which the demand for empathy in the clinic can, for a variety of reasons, contribute to an ‘empathy deficit’ in medical trainees. This implicates the humanities and the arts, which are often brought into medical curricula for their perceived capacity to cultivate “soft skills” such as empathy.

The idea that good medicine includes emotional work on the part of the clinician has become something of a truism over the past couple of decades — yet it also flies in the face of an older understanding of medicine, which values dispassion, cool reasoning, and a more impersonal model care that everyone deserves.

So there’s something interesting happening in medicine and medical training right now, which is getting more specialized and scientific, on the one hand; and more concerned with the emotional experience of patients and clinicians, on the other. So much so, that medical schools are actively trying to include the cultivation of empathy as part of the curriculum — which in turn is stressing out medical students, as emotional labor is becoming something that is not only codified and expected but also tested for.

So I am curious about a few different things, including what exactly the humanities can bring to the health sciences and to clinical practice. Importantly, the humanities allow us to think in terms of language, value, and history, so my first step in this particular project is to research the concept of empathy itself — which, it turns out, is a term coined just over a century ago.” 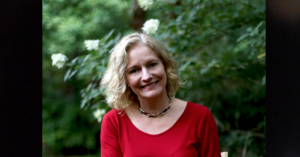