GIVE
Home / DEI / Prof. Gabriel Bump’s “Everywhere You Don’t Belong” to be Adapted for TV

Professor Gabriel Bump’s novel, Everywhere You Don’t Belong (Algonquin, 2020), is being adapted into a half-hour television series. Prof. Bump will be joining the Department of English and Comparative Literature faculty this summer as an Assistant Professor of Creative Writing.

The television show is being adapted by Concordia Studio, with Jonathan King and Patrick Callan executive producing the show and working closely with Bump.

Read more about the series here. 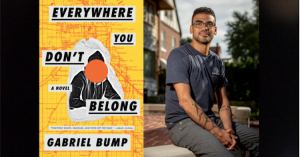