Meet Krysten Voelkner! Voelkner is a second-year PhD student and teaching fellow in the Department of English & Comparative Literature. She recently published the article “Memory, Temporality, and Communal Realization: Reading the Nomadic Subject in Rivera’s…And the Earth Did Not Devour Him” in Aztlán: A Journal of Chicano Studies. As a part of the new Graduate Student Spotlight series, we asked Voelkner a few questions about her research and intellectual interests.

Can you tell me a bit about your research? How have your intellectual interests within Latinx studies evolved?

“My research generally focuses on Latinx environmentalisms and the environmental humanities. I initially became interested in Latinx studies through Chicanx literature, and so those canonical works by Chicanx writers are very dear to my heart (from writers such as Tomás Rivera, Ana Castillo, Sandra Cisneros, Gloria Anzaldúa). In my first semester at UNC, I was lucky enough to take a graduate course on Latinx environmentalisms with the brilliant Dr. María DeGuzmán, who inspired me to consider the ways that Latinx cultural production has a rich and varied history of environmentalism which is often more closely related to environmental justice than so-called mainstream environmentalism has been. In a way, that class shifted the entire focus of my research towards the field of ecocriticism.”

What has been intellectually inspiring to you lately during this difficult time?

“Lately, I’ve been drawn to short stories by Latinx writers such as Carmen Maria Machado and Helena María Viramontes; I tend to gravitate towards writings that deal with the eco-gothic, or stories with spirits, ghosts, sickness, and the abject, generally. I heard once that people with anxiety are often drawn to horror stories and films, because they allow you to project your fears into a more controlled environment, but I think works in the eco-horror/eco-gothic genres allow us to move beyond this process of catharsis or escapism. It may seem paradoxical, given that our contemporary moment is horrific enough, but the ways that Latinx writers have addressed the abject and uncanny have been intellectually inspiring to me in this difficult time.” 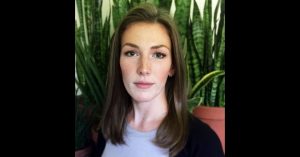