By Bailey Fernandez and Anne Fertig

Last year, UNC inaugurated the Scottish Heritage USA Visiting Lectureship. Now, students with an interest in oral history, folklore, and endangered languages are invited to the Scottish Gaelic Studies Symposium, which will take place at 5:30 p.m. on October 22, 2019, at the FedEx Global Education Studies Center. The event will feature lectures from Kate Forbes, the Scottish Government’s Minister for Public Finance and Digital Economy; and Rob Dunbar, Chair of Celtic Languages, Literature, History, and Antiquities at the University of Edinburgh. Light refreshments from Med Deli will be provided.

In 2018, the Scottish Heritage USA (SHUSA) Visiting Lectureship chose Tiber F. M. Falzett as its inaugural holder. Over the past year, he has taught courses on Celtic history and folklore both locally and in diaspora. North Carolinians may find this diasporic heritage particularly relevant, as many of the state’s earliest settlers were Scottish, and quite a few spoke Gaelic. The Lectureship has so far coordinated several public events, including a lecture on the Celtic origins of Halloween, a ceilidh (visit) for Abigail Washburn, a milling frolic at the Outlandish Hillsborough festival, and a Gaelic coffee hour to teach students the language.

Nearly sixty thousand people still speak Scottish Gaelic today in Scotland and parts of Nova Scotia. Today, it is classified as a minority indigenous language of the United Kingdom by the European Charter for Regional or Minority Languages. Although only a small percentage of Scots speak Gaelic today, it still maintains a vibrant culture as well as its own publishing industry, radio and television stations, and international music scene.

Why learn an endangered language? Many will be attracted for reasons of ethnicity or heritage. But for people both of Scottish and non-Scottish ancestry, a language is more than just a set of words. It is a culture, a community, and a way of thinking that can never truly be regained if it disappears. For example, many people are attracted to Gaelic because of its tradition of storytelling and singing or because of its rich and interesting history. Learning a language offers a new way of thinking and living, and minority languages connect you to new ideas, experiences, and ways of thinking that are often in danger of being forgotten.

SHUSA and UNC are currently fundraising to create a permanent chair in this position. To learn more, visit give.unc.edu. 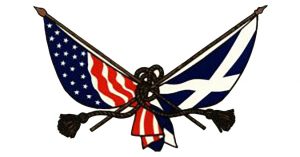