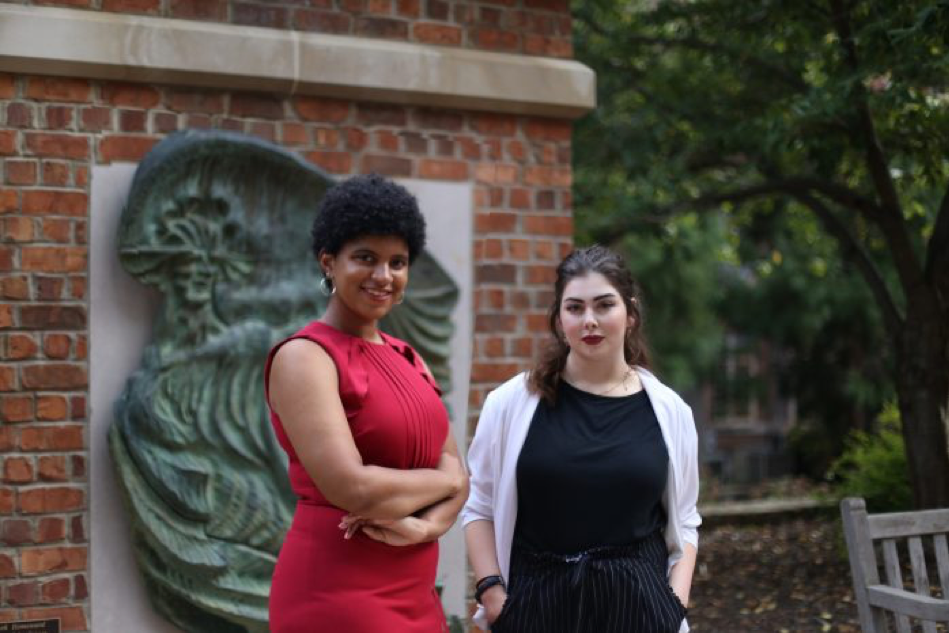 From left, Grace Morse and Savannah Bradley are the 2018 Thomas Wolfe Scholars. (photo by Sarah Boyd)

Two first-year students — Grace Morse of New Orleans and Savannah Bradley of Charlotte — were awarded the 2018 Thomas Wolfe Scholarship, a full, four-year merit scholarship in creative writing in the College of Arts & Sciences at UNC-Chapel Hill.

The scholarship program was established in 2001 with a gift to the College from alumnus Frank Borden Hanes Sr. of Winston-Salem. It honors Carolina graduate Thomas Wolfe, best known for his 1929 novel, Look Homeward, Angel.

Morse graduated from New Orleans Center for Creative Arts. She participated in Duke University’s Talent Identification Program (TiP) from the seventh to 10th grade. She also participated in LitFest New Orleans, a Tulane Writer’s Workshop and the International Writing Program’s “Between the Lines” summer program.

Bradley graduated from Central Cabarrus High School’s STEM Magnet Program. She served as a staff writer at THINGS Magazine, as chief art director and pop culture writer at Guided Magazine, and the founder and editor-in-chief of Haloscope Magazine, a digital and print platform created by (and for) young creatives, that promotes unity, community and liberation through the arts.

Morse considers Joan Didion, Nicolas Guillen and Julia de Burgos among her favorite authors. When not writing, she loves to bake and enjoys contemporary dancing, listening to classical piano and learning foreign languages.

In a one-sentence (50 words or less) biography on her application, Morse wrote: “I try to exist in the most forms possible: as daughter, as writer, as Black woman with roots in Louisiana and Virginia, as thinker, as intellectual nudist, as lover, as a burst of light roaming the cosmos through literature and love.”

For her one-sentence biography, Bradley wrote: “I am a writer, wanderess, mercenary, creator, warrior, lotus eater, flawed gossamer girl but, above all else: I am a phoenix resurrected from the belly of the blue flame, stronger each and every time I find myself destroyed and reborn.”

Marianne Gingher, professor of English and comparative literature and co-director of the scholarship program, said the committee was impressed with both students.

Readers of Morse’s work described her as a fearlessly original writer with an “uncanny ability” to write poems in such an array of voices that no two poems ever sounded alike, Gingher said.

“In much of her work readers can feel the multicultural heartbeat of her beloved and complicated hometown, New Orleans,” she said. “We were impressed by her deft and incisive nonfiction as well, especially one essay containing startling insights on Joan Didion. Already adept at taking risks with her art, she is a young writer of exceptional talent and courage.”

“Her poetry demonstrates an admirable command of technical devices, stylization and formatting that come together to present a thoroughly modern, yet accessible poem,” she said. “Her subjects are often watchers, perceptive speakers who catch the small details that make her poems fresh and captivating. And the extent to which she has participated as an author and editor of publications shows that she understands that creative writing should be a community of collaborative individuals.” 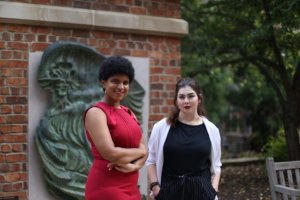