Dr. Patricia Palmer, of Maynooth University in Ireland, has been named an Advanced Laureate by the Irish Research Council. This award will fund research on MACMORRIS, a collaborative digital humanities project founded by Palmer, UNC’s own Dr. David Baker, and Dr. Willy Maley, of the University of Glasgow. MACMORRIS—Mapping Actors and Contexts: Modeling Research in Renaissance Ireland in the Sixteenth and Seventeenth Century—is a web application that, as Baker writes, will “identify every significant cultural figure working in Ireland between, roughly, 1569 and 1641 and trace their nodal points and networks.”

Early modern Ireland, Baker says, “is one of the most dynamic literary and political spaces in Renaissance Europe. It is the site of vibrant writing in English, Irish, and Latin and of translation from Latin, Spanish, and Italian into English and Irish.” MACMORRIS seeks to “represent Ireland’s competing, and sometimes intersecting, languages and literary traditions in a period of conflict and flux” and the open-access datasets it draws from will be assembled in a collaboration between the resources at Maynooth University and the University of North Carolina at Chapel Hill. The Advanced Laureate Award will allow for significant development of this project over the next four years. For more information on MACMORRIS, click here. 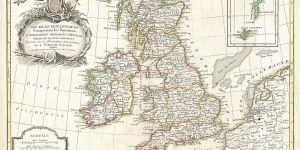