GIVE
Home / Uncategorized / Dr. Florence Dore to Lead Conversation about Southern Fiction and Rock and Roll at Vanderbilt University

This Thursday, UNC English and Comparative Literature Professor and Director of Graduate Studies Dr. Florence Dore will give a reading from her recent book Novel Sounds: Southern Fiction in the Age of Rock and Roll (Columbia University Press, 2018) and lead a conversation about the entanglement of Southern fiction and rock music at Vanderbilt University in Nashville, TN. Incorporating the spirit of Southern rock and roll into the event, Nashville musician Kevin Gordon will perform and participate in the conversation.

Novel Sounds explores how Southern fiction and the birth of rock and roll in the 1950s “became intertwined and shows how Southern writers turned to rock music and its technologies—tape, radio, vinyl—to develop the ‘rock novel.’” A recent review in Nashville-based literary publication Chapter 16 says of Dore’s work: “Threaded throughout the book’s detailed, well-constructed arguments are nuanced imagery and surprising passages, which legendary music journalist Greil Marcus has called the book’s ‘punk-rock ricochets.’ These moments bring the book into the realm of general nonfiction, making Novel Sounds a pleasing option for readers who enjoy celebrated music writers like Marcus or Peter Guralnick.”

In addition to Novel Sounds, Dore has published extensively on the blues, the rock novel, and literary censorship. She has held fellowships at New York University, the National Humanities Center, and the Institute for Arts and Humanities at UNC, has won grants from the National Endowment for the Humanities, and is a member of Phi Beta Kappa. Dore is on the Steering Committee for Post45, a collective of scholars working on American Literature and Culture since 1945, and was a founding co-editor for the Post45 Book Series at Stanford University Press. She has organized two public conferences on rock and literature– at the National Humanities Center and Carolina Performing Arts in 2016-2017; and, with JD Connor and Amy Hungerford, at the Rock and Roll Hall of Fame in 2011–and she is on the Advisory Board for the Institute for Bob Dylan Studies at the University of Tulsa’s Bob Dylan Archive.

For more information about Dr. Dore and her event at Vanderbilt University this Thursday (April 11, 2019), click here. 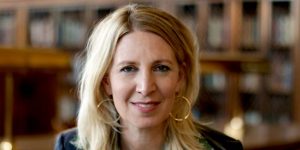