The UNC Department of English and Comparative Literature is excited to welcome Dr. Cary Wolfe, the Bruce and Elizabeth Dunlevie Professor of English at Rice University, to campus this Spring. Dr. Wolfe will be leading talks and seminars as part of the Critical Speaking Series, organized by UNC’s Peter G. Phialas Distinguished Professor Dr. David Baker.

Dr. Wolfe’s research and teaching focus on contemporary American literature, media studies, ecocriticism and environmental humanities, and science and culture studies. His books and edited collections include Animal Rites: American Culture, The Discourse of Species, and Posthumanist Theory (Chicago, 2003), the edited collections Zoontologies: The Question of the Animal (Minnesota, 2003) and The Other Emerson (Minnesota, 2010), What Is Posthumanism? (Minnesota, 2010), and Before the Law: Humans and Other Animals in a Biopolitical Frame (Chicago, 2012). He is founding editor of the series Posthumanities at the University of Minnesota Press, which has published over forty volumes by noted authors such as Donna Haraway, Roberto Esposito, Isabelle Stengers, Michel Serres, Vilem Flusser, and many others. Wolfe is also the Founding Director of 3CT: The Center for Critical and Cultural Theory.

As part of the Critical Speaker Series, Dr. Wolfe will give a talk entitled “(Auto)immunities” on Wednesday, April 3rd at 2:30pm in Dey Hall’s Toy Lounge and lead a seminar about “Anti-Reductionism in Deconstruction and Theoretical Biology” the next day, Thursday, April 4th at 3:30pm in Greenlaw Hall’s Donovan Lounge.

Both events are free and open to the public. For more information about the Critical Speaker Series and Dr. Wolfe’s event, click here. 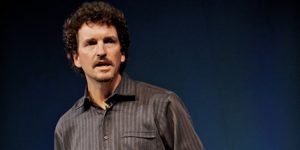