The William Blake Archive, one of UNC’s flagship public and digital humanities initiatives, recently published a digital edition of Blake’s forty-three pencil drawings made during his early years as an artist, spanning from 1779-1790. The Blake Archive provides access to William Blake’s literary and visual works and is part of a larger effort within the digital humanities to provide more widespread access to his archives through digitization and other projects.

William Blake was a prolific visual artist and often used his drawings as a way to prototype his paintings and prints. These drawings, though, are works of art in their own right. Through these pencil sketches, viewers are given a unique perspective into the thought process behind the creation of a masterpiece. These sketches are “the first fruits of [Blake’s] imagination,” said author Geoffrey Keynes in the introduction to Pencil Drawings of William Blake (1927).

An artist with a vivid imagination, Blake viewed his sketches as an unspoiled version of the completed piece. He said of his drawing practice, “Let a man who has made a drawing go on and on and he will produce a picture or painting but if he chooses to leave off before he has spoiled it he will do a better thing.”

Blake produced many more sketches than those that have survived the test of time. Sketches were discarded due to their unfinished nature, never intended to be viewed as a work of art. The Blake Archive’s efforts in digitizing these drawings has allowed for widespread access to major works of Blake’s art that have previously been either restricted or widely dispersed in physical archives around the world. The Department of English and Comparative Literature celebrates the pioneering research initiatives of the Blake Archive and their dedication to making the life and work of William Blake accessible to all. 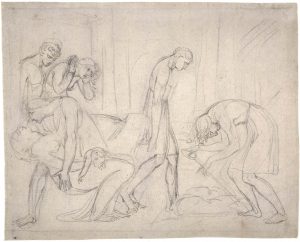 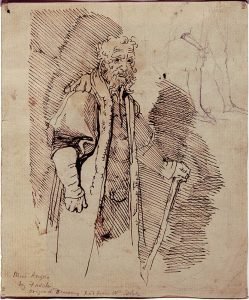 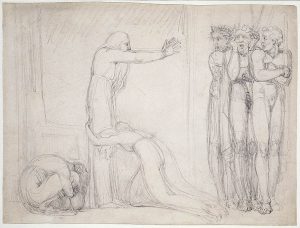 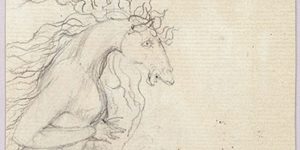