GIVE
Home / Uncategorized / The Story and Song: Music and Conversation with Gillian Welch and David Rawlings

Composer, lyricist, and performer Gillian Welch is the 2018 recipient of the Department of English and Comparative Literature’s Thomas Wolfe Prize, honoring the legacy of one of UNC’s most widely-recognized writer-alumnus, Thomas Clayton Wolfe (Class of 1920). This endowed program honors contemporary writers with distinguished bodies of work. Gillian Welch’s innovative takes on Appalachian music, bluegrass, country and Americana have created a masterful and captivating musical and lyric body of work.

As described by New Yorker writer Alec Wilkinson, “Her music is close to being like the confirmation of a mathematical theory—it has that kind of elegance and precision.” In recognizing a Grammy Award-winning songwriter-musician, this year’s event marks an exciting expansion of territory for the Prize, which has typically recognized novelists, essayists, and poets like previous recipients Pat Conroy, Tom Wolfe, and Sandra Cisneros. In noting his pleasure about Welch receiving the honor, fellow songwriter and Kenan Distinguished Professor of English & Creative Writing Bland Simpson observes, “With direct, emotional, imagistic songs; distinctively tight vocal harmonies; and close, two-guitar instrumental support, Welch and Rawlings have created a powerful and immediately recognizable sound in American music.”

A free public program—“The Story and Song: Music and Conversation with Gillian Welch and David Rawlings”—is scheduled for Tuesday, October 2, 2018 on the UNC campus. All of the event tickets have been taken. If you do not have a ticket, you can:

ABOUT THE THOMAS WOLFE PRIZE AND LECTURE
Each year, the Thomas Wolfe Prize and Lecture honors the memory of one of The University of North Carolina at Chapel Hill’s most famous alumni, Thomas Clayton Wolfe (Class of 1920). Established in 1999 with an endowed gift to the Department of English and Comparative Literature, the program recognizes contemporary writers with distinguished bodies of work. And in doing so, the program seeks to give University students and the surrounding community the opportunity to hear important writers of their time.

The Department of English and Comparative Literature bestows this prize each fall, around the time of Wolfe’s October 3 birthday. In addition to receiving prize money and a medal, the honored writer comes to campus as the University’s guest and delivers a lecture or performance, which is free and open to the public. This event is a well-attended major campus and community occasion.

Thomas Wolfe is best known for his novel Look Homeward, Angel, which was published to rave reviews in 1929. Before his death in 1938, Wolfe also published Of Time and the River (1935). His novels The Web and the Rock (1939) and You Can’t Go Home Again (1940) were published posthumously. Wolfe’s writings reflect a largeness of spirit and an expansive vision of life, while anchored in geographic place.

Sponsors of the 2018 Thomas Wolfe Lecture are alumnus John Skipper (BA English 1978), The Thomas Wolfe Society, and the Department of English and Comparative Literature. The prize money comes from the Thomas Wolfe Endowment Fund. UNC Alumnus Ben Jones (class of 1950) gave the medals that each recipient receives. 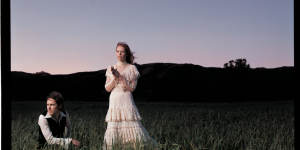