Simpson has been an educator at Carolina for over thirty years, is the long-time pianist for Tony-acclaimed bluegrass band The Red Clay Ramblers, and is an author whose books often pay special attention to his native North Carolina’s coastline geography, including the most recent, Little Rivers and Waterway Tales: A Carolinian’s Shane Snider Eastern Streams. He is a longtime board member of the North Carolina Coastal Federation, an officer of the North Caroliniana Society, and the recipient of dozens of awards including the UNC Chapel Hill’s Tanner Faculty Award for Excellence in Undergraduate Teaching, the 2005 North Carolina Award in Fine Arts, and the R. Hunt Parker Award for Significant Contributions N.C. Literary & Historical Association. 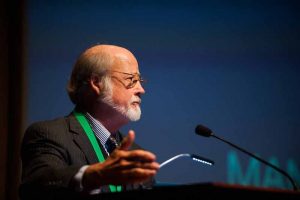